How to Maximize Vertical Space for a LEGO City

Where to Get Buildings for a LEGO City 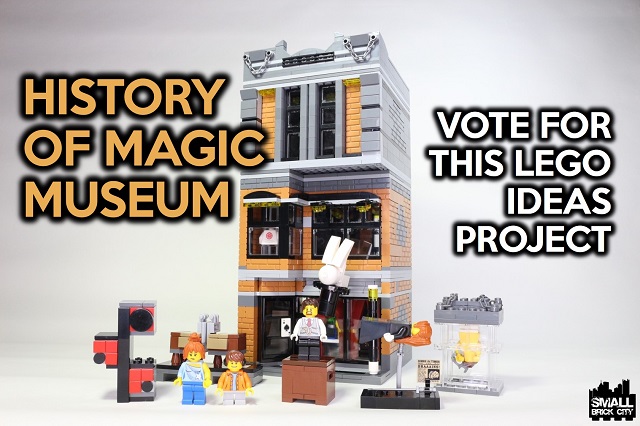 I am pleased to announce that my original MOC, the “History of Magic Museum” is up on LEGO Ideas and it needs your support to reach the 10,000 votes to be considered as an official LEGO set that goes into production.

Follow this LINK to support the set. You will have to create an account but it will be worth it if this set gets the needed votes. 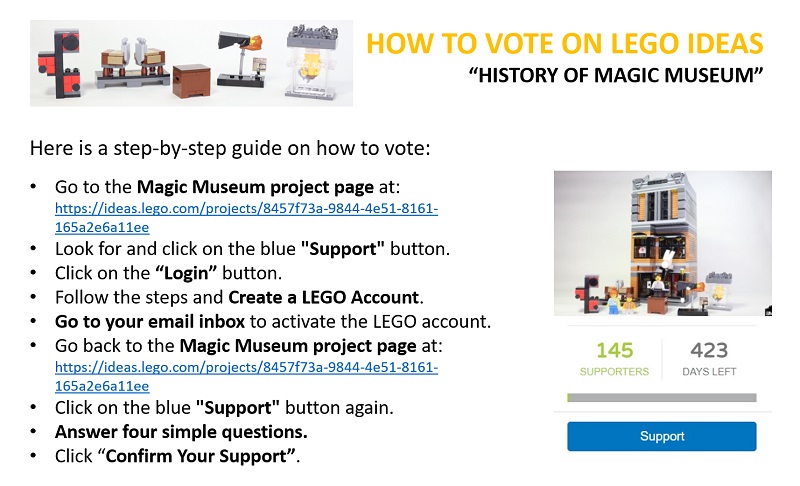 Check out the details below:

Overview of the LEGO History of Magic Museum

The goal of this set is to blend two creative arts together for an enriching, entertaining and educational experience.

Fans of LEGO brick-building will be introduced to the art of magic as they embark on a journey into the colourful world of conjuring & prestidigitation in the “History of Magic Museum”.

The “History of Magic Museum” is a historically accurate magic-themed three-storey building that highlights some of the greatest illusions and magicians in the history of magic.

It is highly detailed with numerous LEGO replicas of authentic magic & illusion props used by illusionists from the past to present day.

There are more than half a dozen play features and removable brick-built illusion displays. 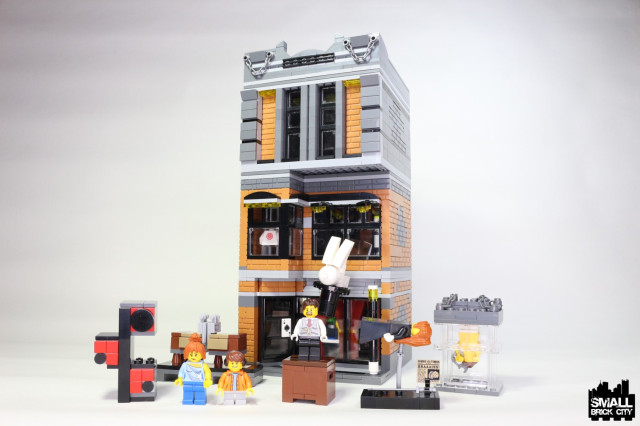 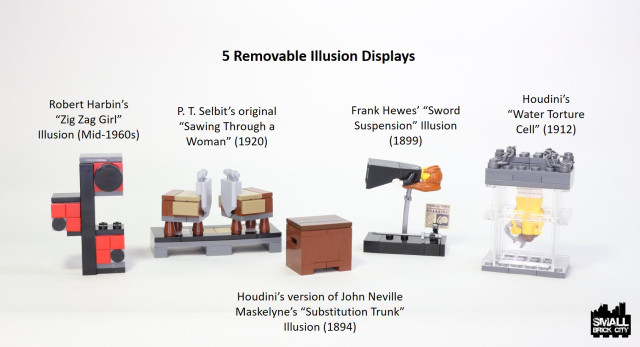 Size of the LEGO History of Magic Museum

The size of the build (16 x 16 stud footprint) was deliberately made smaller than a full modular-sized building but was designed to visually fit with other official modular buildings as well as the smaller creator series buildings such as the Corner Deli and Bike Shop & Cafe.

It works as a corner building or a “set-in’ building, in-between two other modular buildings. 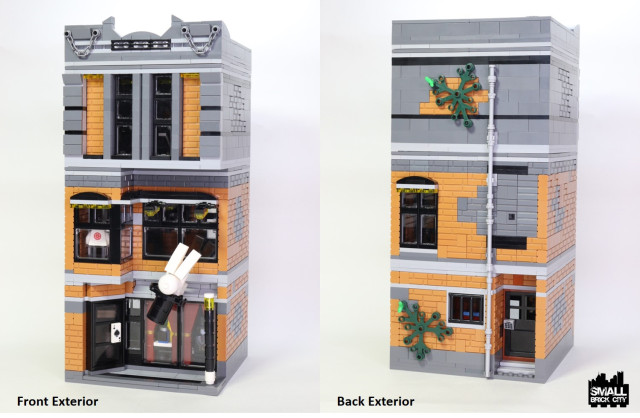 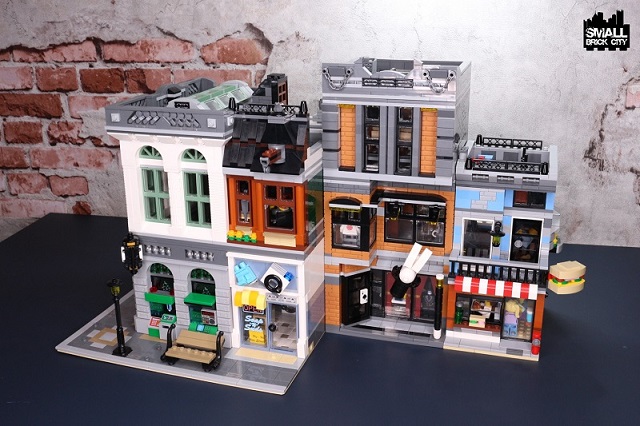 Description of the LEGO History of Magic Museum 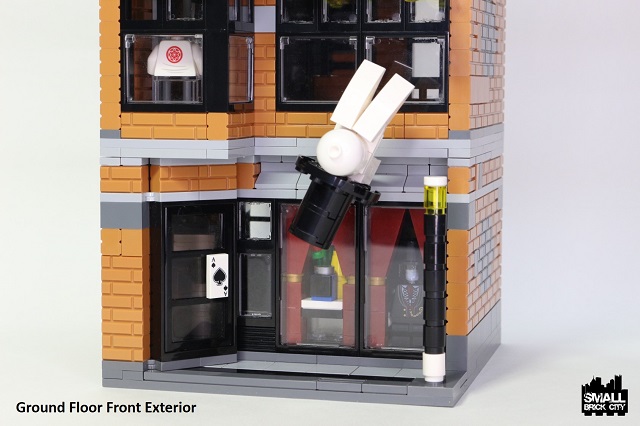 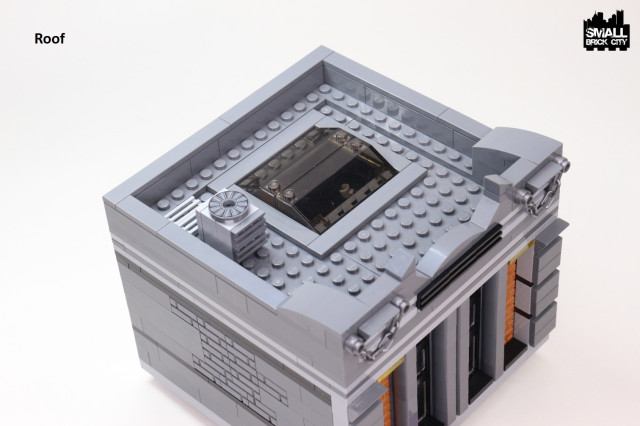 The ground floor features many authentic and historically accurate display pieces and artefacts in the genre of close-up and stage magic. The displays on this floor include: 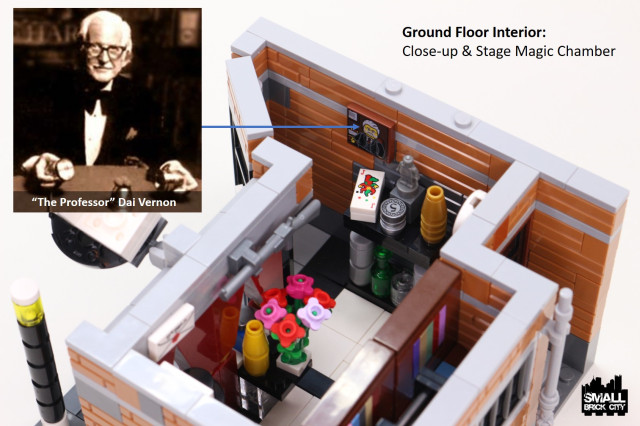 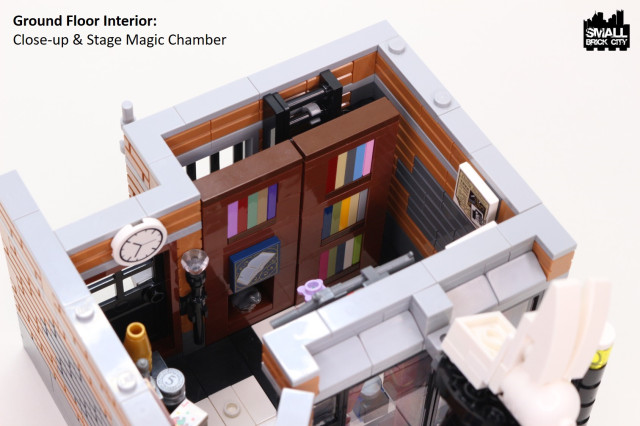 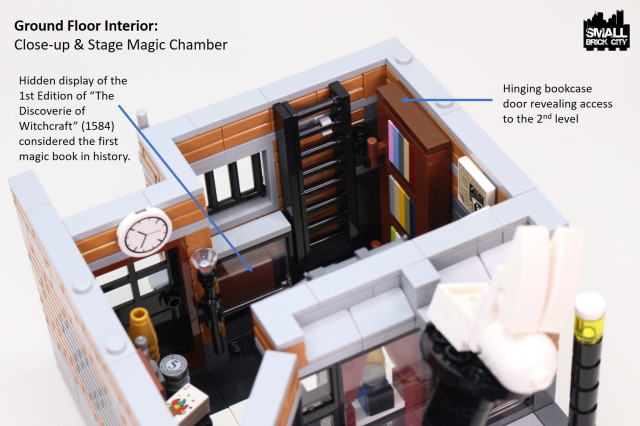 The second floor is a tribute to arguably the most famous and influential magician and escape artist in history, Harry Houdini. The floor showcases a variety of historical props and restraints used by Houdini in his illustrious career. 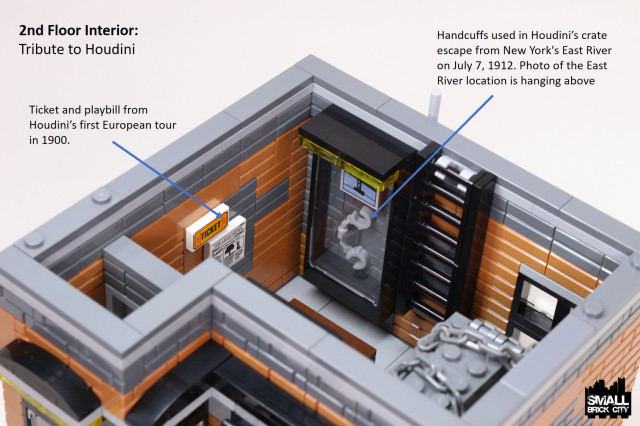 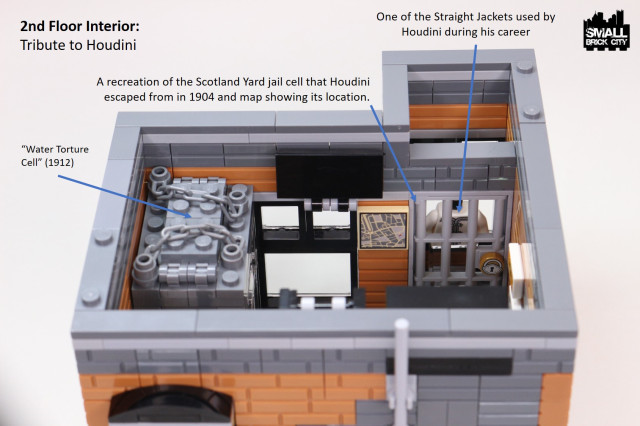 This floor is dedicated to the genre of large-scale illusions in magic. It features 3 removable classic illusions including: 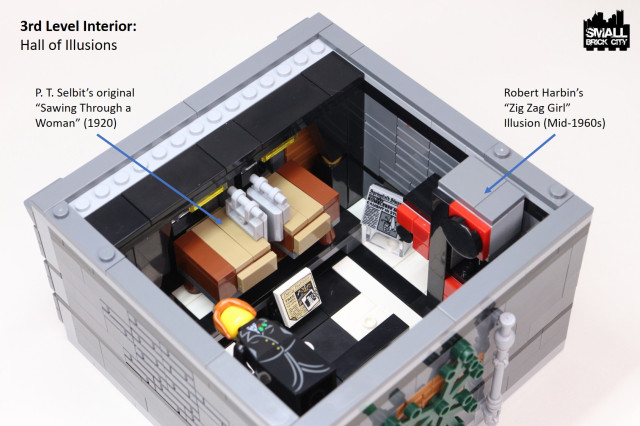 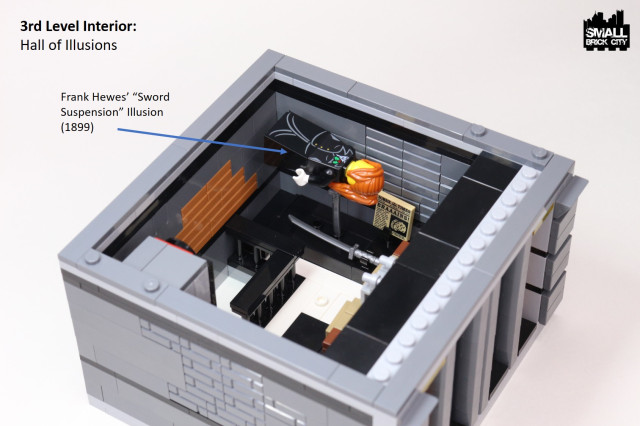 There is a total of 5 minifigures inclusive of 1 curator/ magician, 2 museum visitors and 2 faceless mannequins for the illusion displays. EDIT: Actually, there are 6 minifigures as 1 has a clear head as the mannequin for the magician’s costume behind the ground floor front display window. 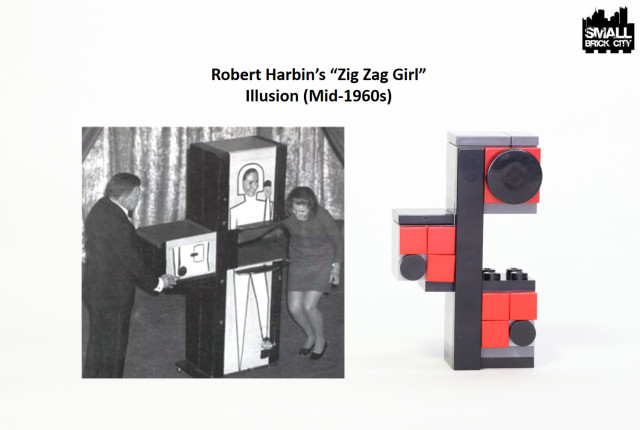 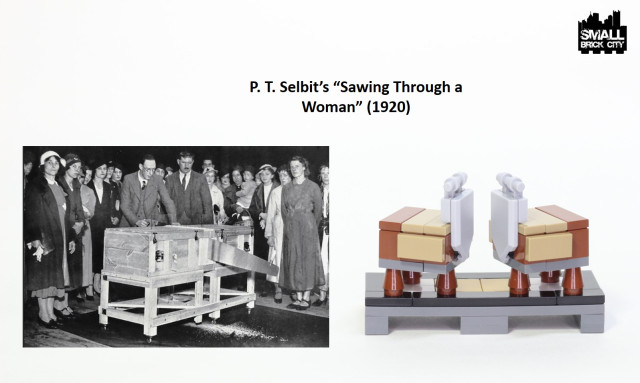 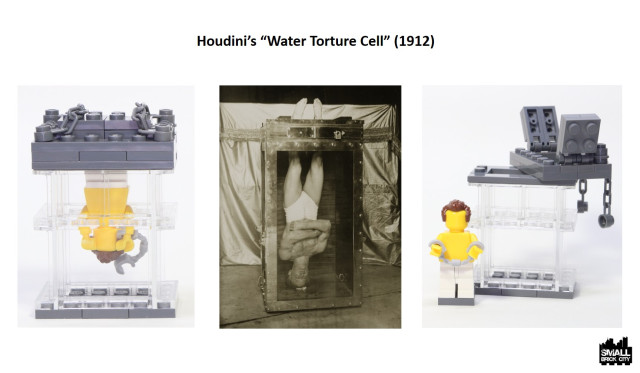 Vote for the History of Magic Museum on the official LEGO Ideas website HERE. 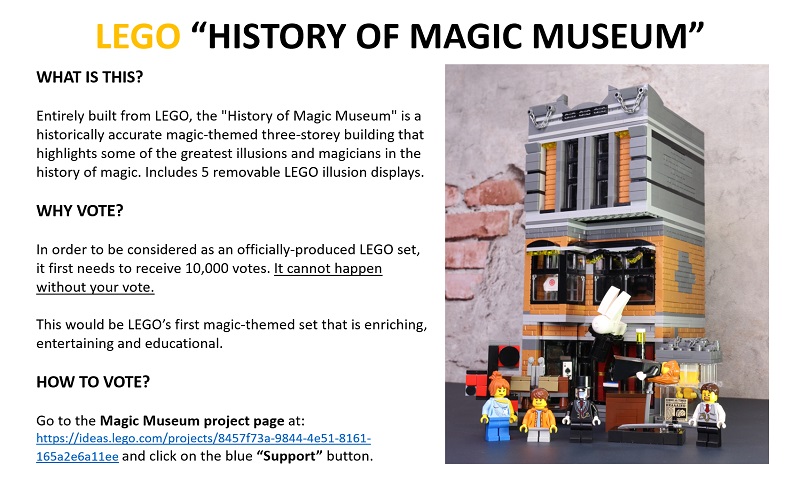 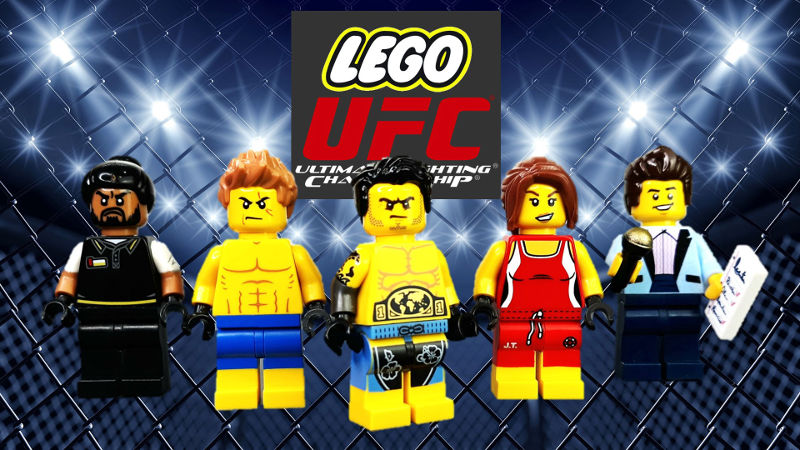 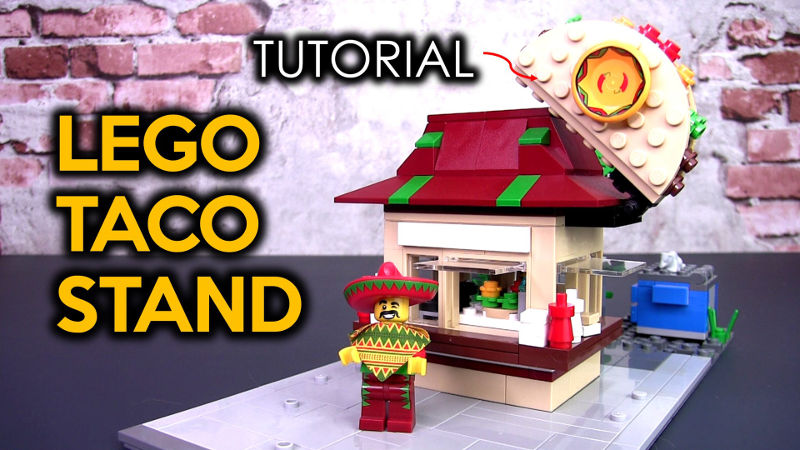 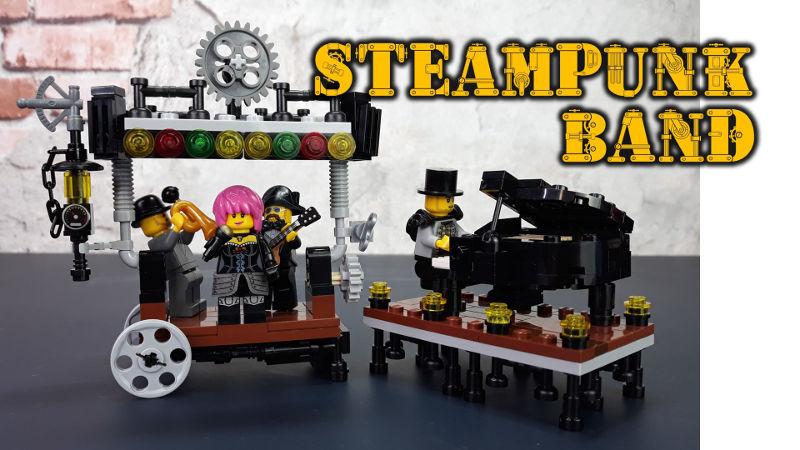