What is the Minimum Space for a LEGO City? 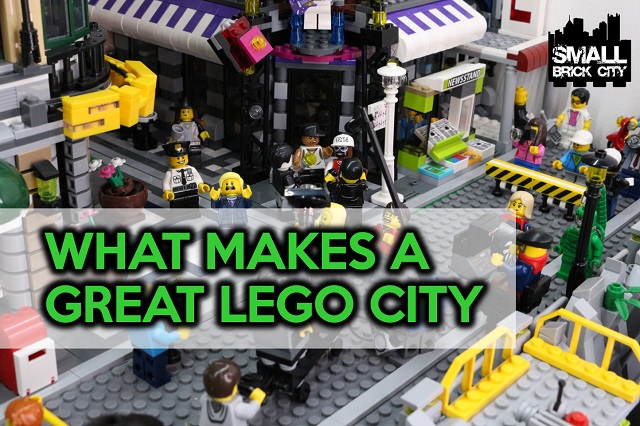 If you have watched videos of different LEGO cities, you might realize that some LEGO cities are better than others, even though they may contain similar buildings. What makes a great LEGO city? The buildings? The layout? The size?

Actually, size does not always matter when it comes to a LEGO city. Being big does not necessarily mean a LEGO city is great. Here are a set of principles that can guide you to shape your own LEGO city. 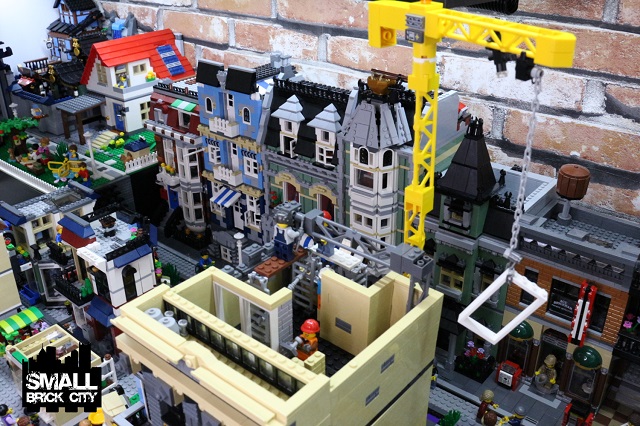 Focus on Complexity and Scale of Design

A small brick city may not be large in physical size but it can be big on complexity and scale within the confines of a small space.

A small city with lots of details, both inside and outside of buildings, is much better than a large city with sparse detail. Empty buildings and little activity in a city result in it looking like a ghost town. I have seen huge cities at conventions and in videos that look “dead” and lose their novelty very quickly even though they take up a lot of area space.

Ensure Your City is Logical in Your Imagined Universe

Not everyone may agree, but I feel that there should be a logical theme to a LEGO city, especially in the case of a small brick city. The imagined universe you create for your city must be governed by the laws of logic.

So, decide on the universe that your city is set in and be sure that your layout and builds are logical and consistent within the context of your universe.

For example, if you are building a realistic city, all the buildings, landscape features or facilities should be logically positioned. So, it is highly improbable for a small city to have a volcano on an ice glacier with a train station on top of it. It is also not logical to have a skyscraper surrounded by a farm of animals next to the volcano.

On the flip side, if you have set your universe in a superhero universe, you have more creative license and it would be completely fine to have a big superhero battle in the city with different superheroes and villains populating the city.

While imagination is technically limitless, I have found the best LEGO cities, regardless of size, are the ones that are seeded in reality, as people can relate to them. Of course, if you are building your city only for yourself, it is not important what other people think.

Design Your City to Have Organic Flow

In some ways, organic flow is an extension of having a logical city. Even, if you have a city seeded in reality, good organic flow makes a LEGO city look and feel better. The Chinese call this “Feng Sui”, a philosophical system of harmonizing everyone with the surrounding environment.

Likewise, your urban districts should be segregated and flow organically from each other. This means having specific spaces for residential, entertainment, industrial, government and business areas in a logical layout.

Maximize Space and Use the Space Efficiently

As you are building a small brick city, space is limited and valuable. You need to maximize space and use the space efficiently.

If you are building a city or town and not just a nature display such as a mountains ridge, beach, island or jungle, you will be packing a lot of different builds and elements into a small space.

By its inherent nature, a small brick city is going to be very dense in nature. Things will be packed closely together and there will be lots of activity abound, just like a real city or small town.

However, you do not want your city to feel overcrowded, cluttered and messy. Therefore, there is a need to use the space efficiently. The previous two points of logic and organic flow will help you to use your space efficiently.

Engage, Entertain and Tell Stories with Your City

A LEGO city is more than a static display. It is not a museum exhibit, it is supposed to be fun. Everything is awesome, remember?

To make your LEGO city awesome, the display must engage and entertain a viewer. Different parts of the city should each tell a story to the viewer, entertaining them at every turn.

Think of someone during a visual “walk-through” of your LEGO city as part of an entertaining guided tour, amusement park ride or even a movie. 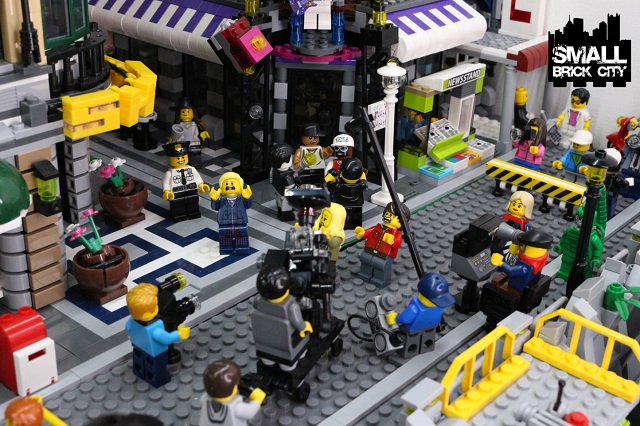 There should be interesting elements throughout the city, at every few steps, if possible. The entertainment comes not just from the buildings, city layout but also from the details in the streets, in the buildings, below and above ground. The more there is to see, the longer the tour can be and the more entertaining it is.

Check out this video on how to create an advanced LEGO scene for your LEGO city:

It is totally fine to use only official LEGO sets in your brick city. However, always include unique elements that make your city different from anyone else’s in the world.

Be innovative and creative. Create a concept, theme layout or buildings, details, small builds and interesting scenes that will make your city look and feel different from others.

Always keep the big picture of your LEGO city in mind. It is easy to get caught up in the small details of specific builds, especially when it comes to your favourite building set or MOC. However, always bear in mind that you are building a city, no matter how small.

Do you have any thoughts on creating a great LEGO city? Leave a comment and let me know. 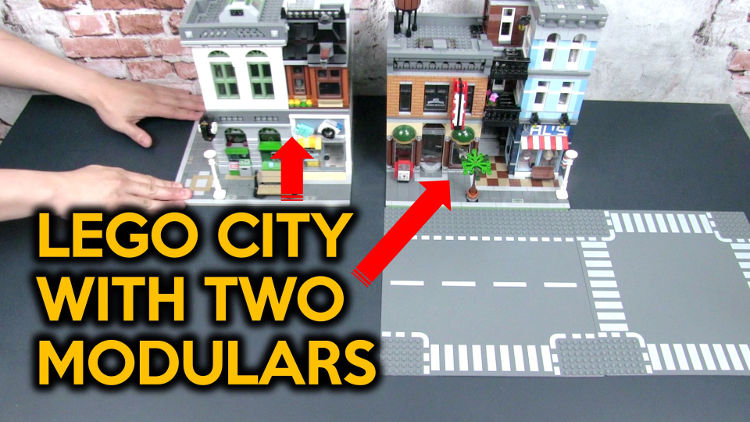 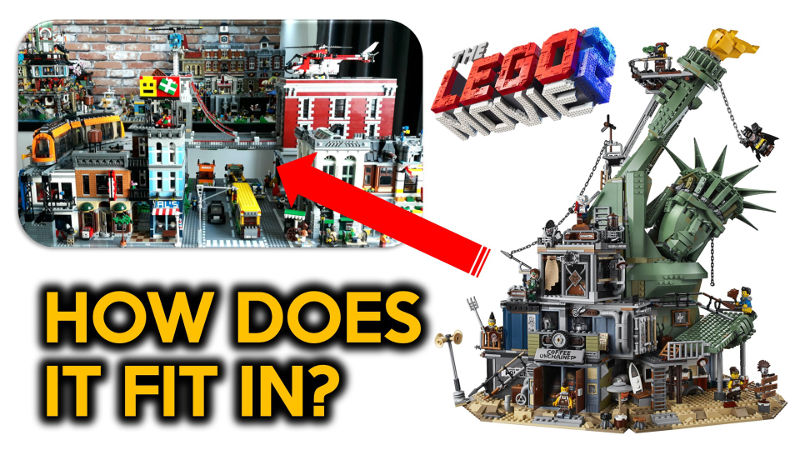 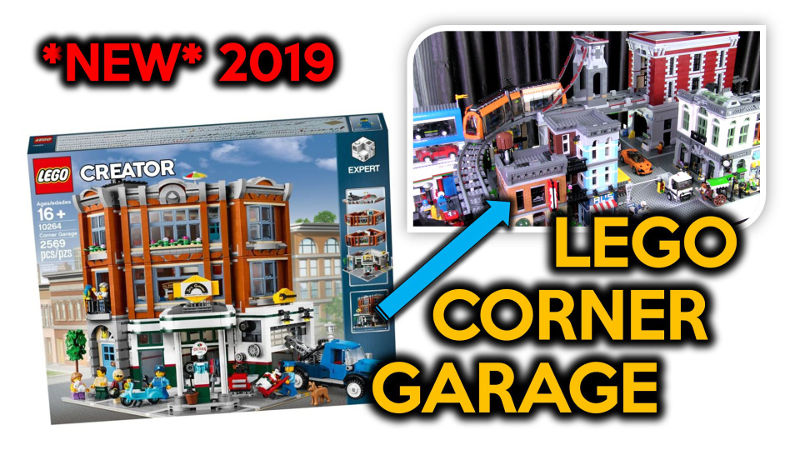